A lunchtime symposium was held by Aspen Australia on Friday 7th February 2020 from 12:15 – 13:15 in the Mayfair Room 2. Speaking at the symposium was the Director of Cardiology at Barwon Health, A/Prof John Amerena.

Trained in Melbourne, followed by four years in the United States at the University of Michigan. Over that period of time he worked in the fields of hypertension & hyperlipidaemia, before returning to Australia where he is now a Cardiologist at Barwon Health. He currently has appointments with Deakin University in the School of Medicine as well as the Department of Epidemiology and Preventative Medicine at Monash University. John is the director of the Geelong Cardiology Research Unit which is currently involved in many phase II – III clinical trials, as well as director of Cardiac Services at Geelong Private Hospital. While still involved in hypertension he has become involved in research in atherothrombosis, especially with respect to antithrombotic/antiplatelet therapies, particularly in the context of atrial fibrillation. Heart failure is a major interest, and he is also the Director of the Heart Failure Programme at Barwon Health. John is well published in these areas, as well as in many other areas of cardiovascular medicine.

This symposium was sponsored by the 4 Corners of Cardiology Meeting Partner Aspen Australia.

A breakfast symposium was held by Novartis on Saturday 8th February 2020 from 08:00 – 09:00 in the Mayfair Room 2.
Breakfast was provided to all attendees. Speaking at the symposium was Cardiologist from the Victorian Heart & Lung Clinic, Dr Gautam Vaddadi.

Dr Gautam Vaddadi, Director of Cardiac Services at Cabrini Health, is a general adult cardiologist with expertise in a broad range of non-invasive cardiology. Dr Vaddadi’s interests include general cardiology, heart failure, syncope, postural hypotension, echocardiography and stress echocardiography. He graduated in medicine from the University of Melbourne in 1999 and was awarded a Bachelor of Medical Science for research at the Baker Heart Research Institute. He completed basic physician training at Austin Health in 2003 and undertook advanced training in Cardiology, Heart failure and Transplantation at The Alfred Hospital, Melbourne from 2004 to 2006. He progressed his post graduate studies investigating the mechanisms of syncope (low blood pressure and fainting) from 2006 to 2009. This work resulted in several high profile peer reviewed research publications in leading cardiovascular journals. Dr Vaddadi was awarded the Ralph Reader Prize by the Cardiac Society of Australia and New Zealand in 2008 for his research investigating syncope. His Public Hospital appointments include The Alfred Hospital and Northern Hospital. He is Head of Heart Failure Services at Northern Health, where he has been instrumental in building heart failure services in the Northern region of Melbourne, and actively engaged in a project, funded by the Department of Health, to investigate Heart failure services in primary care.

This symposium was sponsored by the 4 Corners of Cardiology Meeting Partner Novartis.

A lunchtime symposium was held by Boehringer Ingelheim on Saturday 8th February 2020 from 13:00 – 13:45 in the Mayfair Room 2. Speaking at the symposium was Prof Andrew Sindone and A/Prof Michael d’Emden. 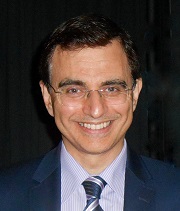 Prof Andrew Sindone
SGLT2i’s in the hands of Cardiologists – why and how?

Prof Andrew Sindone B. Med (Hons), MD, FRACP, FCSANZ is Director of the Heart Failure Unit and Department of Cardiac Rehabilitation, Concord Hospital and Cardiologist, Ryde Hospital with private practice in Eastwood and Westmead. Professor Sindone studied Medicine at the University of Newcastle and graduated with First Class Honours and the University Medal in 1987. He completed his Residency at Royal North Shore Hospital, Physicians’ Training at Concord Hospital, Cardiology Advanced Training at St. Vincent’s Hospital and Doctorate through University of NSW. He has been involved in research, teaching and improving the lives of those with cardiovascular disease for over twenty-seven years. He established the Heart Failure Unit at Concord Hospital with its Clinic, research, rehabilitation and outreach programs. He teaches medical students, junior doctors, General Practitioners and cardiologists. Professor Sindone has received multiple awards, Grants, has been Principal Investigator in over 35 international multicentre clinical trials, has presented over 85 research papers and continues to publish in cardiology. He is Co-Chair of the NSW Cardiovascular Expert Reference Group, was on the Scientific Committee for the World Congress of Cardiology, is co-author of the Australian Heart Failure Guidelines and is on over 35 pharmaceutical advisory boards. He is patron of multiple charities and supports the Italian Community with heart disease. 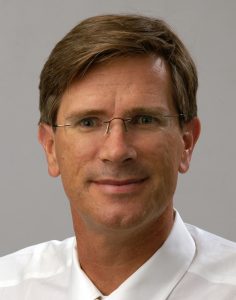 A/Prof Michael d’Emden
SGLT2i’s in the hands of Cardiologists – why and how?

Dr Michael d’Emden graduated from University of Tasmania in 1978.  He was a resident and registrar at the Princess Alexandra Hospital in Brisbane before moving to Royal Melbourne Hospital in 1983.  He obtained his fellowship in 1985, completed a PhD at University of Melbourne in 1988 before doing further studies at the University of Iowa. He is now the Director of the Department of Endocrinology and Diabetes, a Clinical Associated Professor of the University of Queensland and was the vice president of the Australian Diabetes Society 2013-2014. His major clinical interests are the association of diabetes with cardiovascular disease, and lipid metabolism.  He serves on many national advisory boards as well as being a member of the International Management committees of the FIELD, ASPEN and TNT studies. He was a principle Australian investigator of the EMPA-REG and DECLARE studies.

This symposium was sponsored by the 4 Corners of Cardiology Meeting Partner Boehringer Ingelheim and Eli Lilly Australia.