The 4 Corners of Cardiology Meeting Organising Committee would like introduce the following invited speakers as part of the 2022 program. Our international speakers will not be attending in person, however, their presentations will be streamed virtually to attendees. 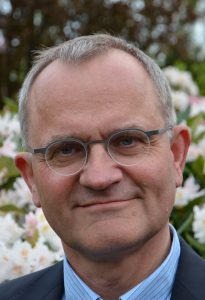 Professor Børge G. Nordestgaard, MD, DMSc
University of Copenhagen, & Chief Physician, Copenhagen University Hospital, Denmark
In 1985 he graduated as a medical doctor from University of Copenhagen. Scientific education included 2 years at Cornell University in Ithaca, New York, and 2 years St. Thomas’s Hospital in London, UK. Prof. Nordestgaard has for more than 35 years continued his interest in the pathogenesis, diagnosis and treatment of hyperlipidemia, atherosclerosis, diabetes and cardiovascular disease, and has written extensively on these conditions. He is chairing the Copenhagen General Population Study and is also a steering committee member of the Copenhagen City Heart Study and of 4 large randomised intervention trials. Prof. Børge G. Nordestgaard has supervised 65 Ph.D. students and 31 postdoctoral fellows, and has published 818 original articles and 125 reviews, book chapters, consensus statements, & editorials. His H-index is 130 in Web of Science and he is listed among the 6389 researchers World-wide with the most highly cited papers. 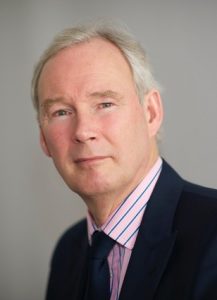 Professor David Allan Wood
Emeritus Professor of Cardiovascular Medicine
Professor Wood is a cardiologist committed to prevention of cardiovascular disease and holds joint emeritus academic appointments at Imperial College and the National University of Ireland-Galway. He has contributed to international policy and guidelines on cardiovascular disease (CVD) prevention
through the World Health Organisation, World Heart Federation and the European Society of Cardiology. He was a founder and President of the European Association for Cardiovascular Prevention
and Rehabilitation, a Board member of the European Society of Cardiology and most recently President of the World Heart Federation (2017-18). 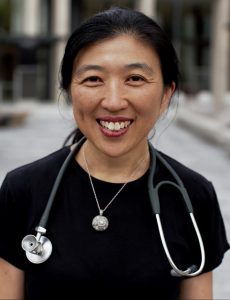 Professor Clara Chow
Director of the Westmead Applied Research Centre (WARC)
Professor Clara Chow is Academic Director of the Westmead Applied Research Centre (WARC), Faculty of Medicine and Health, University of Sydney. She is a cardiologist and the Program Director of Community Based Cardiac Services at Westmead hospital, Sydney, Australia. She currently holds honorary appointments as the Charles Perkins Centre Westmead Academic Co-director and President of the Cardiac Society of Australia and New Zealand. Professor Chow’s research focuses on the prevention of cardiovascular disease, innovation in the delivery of cardiovascular care and the evaluation of digital health interventions. She has expertise in the design, delivery and implementation of clinical trials. Her PhD from the University of Sydney, Australia was in cardiovascular epidemiology and international public Health and her Postdoc from McMaster University, Canada in clinical trials and cardiac imaging. She is supported by a NSW Health Clinician Scientist Fellowship. 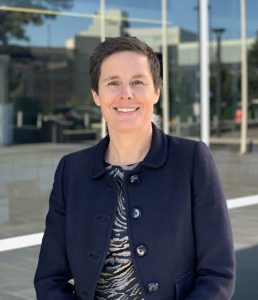 Professor Gemma A. Figtree, MB BS, DPhil (Oxon), FRACP, FCSANZ, FAHA
Gemma Figtree is a Professor in Medicine at the University of Sydney. She co-leads the Cardiovascular Theme for Sydney Health Partners, a NHMRC Advanced Health Research and Translation Centre and is the Chair of the University of Sydney’s multi-disciplinary Cardiovascular Initiative. Gemma completed her DPhil at Oxford University in 2002 supported by a Rhodes Scholarship making fundamental discoveries regarding estrogen’s actions and factors regulating NO/redox balance in the cardiovascular system. Her research and clinical perspective and leadership are recognised by her membership of the Scientific Board of Cardiac Society of Australia and New Zealand (responsible for International Relations), and her appointment to the Expert Advisory Panel for NHMRC Structural Review of Grants Program (2016-17), and as well as the Clinical Committee of the Heart Foundation. 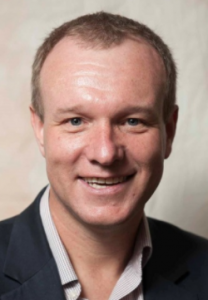 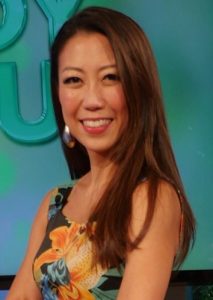 Professor Carolyn Lam
Clinician Scientist at the National Heart Centre Singapore
Prof Carolyn Lam is a clinician–scientist, a senior consultant cardiologist at the National Heart Centre Singapore and a professor in the Cardiovascular and Metabolic Disorders Programme at DukeNational University of Singapore Medical School. She is recognised globally for her work on heart failure with preserved ejection fraction. She also has expertise in women’s cardiovascular disease, haemodynamics, echocardiography, biomarkers, and clinical trials.

Professor Frank Ruschitzka, MD, FRCP (Edinburgh), FESC
Prof Ruschitzka is Chairman of the Department of Cardiology at the University Hospital in Zürich, Switzerland. Professor Ruschitzka received his medical degree from the University of Göttingen in Germany in 1989. He is specialized in internal medicine, nephrology and cardiology at the Universities of Göttingen and Zürich. In 2001, he received the Cardiovascular Science Award of the Swiss Society of Cardiology as well as the Annual Award of the Swiss Society of Hypertension. In 2003, he was awarded the annual Götz-Preis of the Medical Faculty of the University of Zürich for excellence in clinical medicine and research.

In respect of Henry Krum and the 4CCardiology biennial event, Frank will also host the Krum Memorial Lecture. 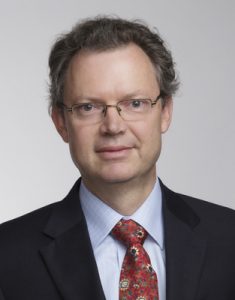 Professor Hayward is a senior staff Cardiologist with the Heart and Lung Transplant Unit at St Vincent’s Hospital, Sydney, and on Faculty at the Victor Chang Cardiac Research Institute. He has academic appointments at the University of New South Wales, Sydney and the University of Technology, Sydney and is a Life Member of the National Heart Foundation of Australia.  He is internationally recognised in management of patients with mechanical circulatory devices – ‘artificial hearts’ with other areas of interest including the management of patients with severe advanced heart failure. He has served as Vice President for the National Heart Foundation (NSW Division) Board, and on the Human Research and Ethics Committee for the St Vincent’s and Mater Health Service. 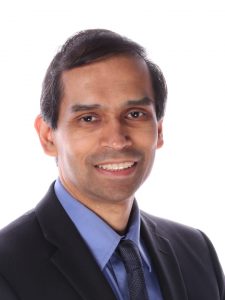 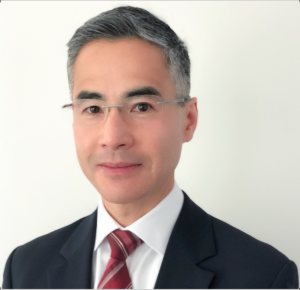 Derek Chew is a clinical and interventional cardiologist as well as a clinical trialist and outcomes researcher in cardiovascular medicine. He has completed a Masters of Public Health at the Harvard School of Public Health in quantitative methods. He is a Senior Principal Research Fellow in Cardiovascular Outcomes Research, and is the Regional Head of Cardiology for the Adelaide Health Service (Southern Region). Derek is the Head of the Flinders Clinical Trial Centre, and Chair of the Statewide Cardiology Clinical Network. His clinical and research career is centred on the translation of current and future therapies and technologies in cardiology to improved patient outcomes in a clinically effective manner. 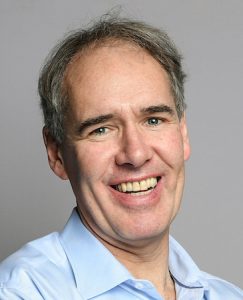 Jason Kovacic graduated from The University of Melbourne Medical School in 1994, and then undertook residency and cardiology specialty training at St. Vincent’s Hospital in Sydney. Jason then completed a PhD at the Victor Chang Cardiac Research Institute, before relocating to the USA, to the National Heart, Lung and Blood Institute (NHLBI) at the National Institutes of Health (NIH) in Bethesda, Maryland. At the NIH, Jason undertook a 2 year postdoctoral fellowship with the then Director of the NHLBI, Dr. Elizabeth Nabel. In 2009 Jason moved to Mount Sinai in New York. As a physician-scientist and investigator at the Icahn School of Medicine at Mount Sinai, Jason established a cardiovascular research laboratory with a strong interest in the cellular, molecular and genetic mechanisms underlying cardiovascular disease. He also established a large clinical practice as an interventional and clinical cardiologist. Major career achievements include successful investigator-initiated clinical studies of cardiovascular progenitor cell therapy, molecular characterization of a novel vascular progenitor cell population, unravelling the pathobiology of fibromuscular dysplasia and spontaneous coronary artery dissection, numerous basic and translational studies on the biology and manifestations of atherosclerosis, and pioneering studies regarding the role of endothelial to mesenchymal transition (EndMT) in adult vascular biology and disease.

In early 2020 Jason was recruited to return Australia, and to take on the role of the Executive Director of the Victor Chang Cardiac Research Institute. In this role, he leads one of the world’s leading Cardiovascular Research Institutes. Jason has now established his research program at the Victor Chang Cardiac Research Institute, where he continues his focus on cardiac and vascular diseases, including fibromuscular dysplasia and spontaneous coronary artery dissection. Jason currently holds the positions of the Robert M. Graham Chair and Professor of Cardiovascular Research at University of New South Wales, and continues his appointment as Professor of Medicine (Cardiology) at Icahn School of Medicine at Mount Sinai, New York, USA. 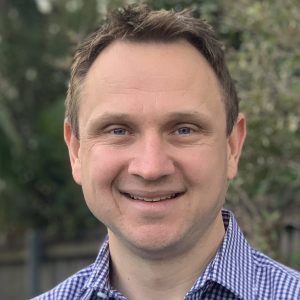 Dr Murdoch is a senior staff specialist at The Prince Charles Hospital in Brisbane, Australia, visits St Vincent’s Private Hospital Northside and is a Senior Lecturer in Medicine at The University of Queensland. 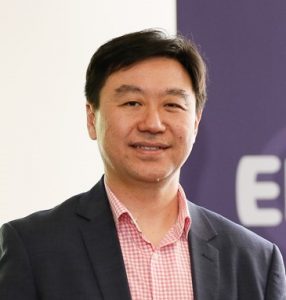 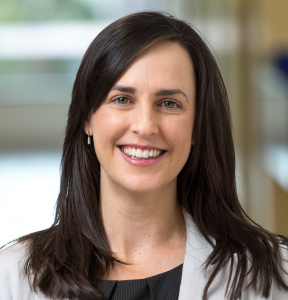 Associate Professor Sarah Zaman is an Academic Interventional Cardiologist at Westmead Hospital and the Westmead Applied Research Centre, University of Sydney, Australia. A/Prof Zaman has been recognized as a national leader in academic cardiology as recipient of the prestigious National Heart Foundation Future Leader Fellowship and NSW Elite Post-doctoral Grant. She has also been recognized internationally within interventional cardiology; having been selected world-wide to the United States, SCAI-ELM Fellowship. A/Prof Zaman has a PhD from the University of Sydney, targeting prevention of sudden cardiac death. She leads a Women’s Heart Disease Research Program at the University of Sydney and has more than $2 million in competitive grant funding. She is regularly invited faculty to national and international interventional scientific meetings and organizes the Australian/New Zealand Endovascular Therapies scientific sessions. A/Prof Sarah Zaman is an active advocate for women in cardiology, having co-founded the Women in Cardiology groups for Australia/New Zealand. 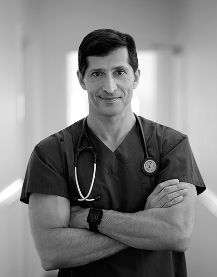 Vince is a Visiting Cardiologist at Greenslopes Private and The Prince Charles Hospitals in Brisbane with over 22 years of experience. He completed his EP/Pacing fellowship at The Prince Charles and Royal Melbourne Hospitals. He has been nearly adopter of His Bundle and Deep Septal Pacing and has accumulated a large experience,completing over 500 LBB pacing implants. Vince is passionate about physiologic pacing and is a mentor for this technique in Australia. 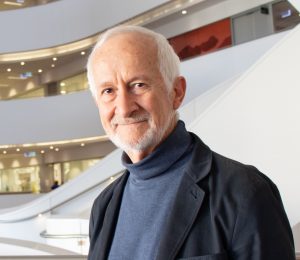 Ben Freedman is Deputy Director Cardiovascular Research at Sydney’s Heart Research Institute, Honorary Professor of Cardiology at the Charles Perkins Centre, University of Sydney, and former head of Department of Cardiology Concord Hospital. He is also Adjunct Professor at Monash University, Honorary Professorial Fellow University of Melbourne and Visiting Professor and Lui Che Woo Distinguished Professor at the Chinese University of Hong Kong.   He was Deputy Dean of Medicine at the University of Sydney between 2003-12. His major research interest is stroke prevention in atrial fibrillation. In 2015 he formed the AF-SCREEN International Collaboration with 5 others. It now has 180 members from 36 countries. He co-chaired the 2020 World Heart Federation’s AF-Roadmap update. In 2002 he was scientific chairman of the successful World Congress of Cardiology. In 2011 he was awarded the Order of Australia Medal for service to medicine as a clinician, educator and researcher. 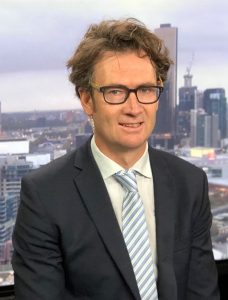 Professor Peter Kistler is a clinician cardiologist and electrophysiologist and an international leader in the treatment of heart rhythm disorders. He is the Head of electrophysiology at the Alfred Hospital and Head of Clinical Electrophysiology research at the Baker Heart Institute in Melbourne. He is a Professor in the department of Medicine at the University of Melbourne and Monash Universities. Peter has made a substantial contribution to the field of atrial arrhythmias with 210 publications, 6467 citations and has supervised 15 PhD students. He was the senior author of the first randomized study defining the role of alcohol abstinence in atrial fibrillation published in NEJM in 2020. Peter was awarded the prestigious RT Hall Prize from CSANZ in 2020 for excellence in cardiac research. He is an invited speaker at the American Heart Association, Heart Rhythm Society (USA) and Asia-Pacific Heart Rhythm Society. He is the current Chair of the Cardiac Society Australia New Zealand AF ablation guidelines and was a member of the National Heart Foundation Heart Failure Guidelines 2018. 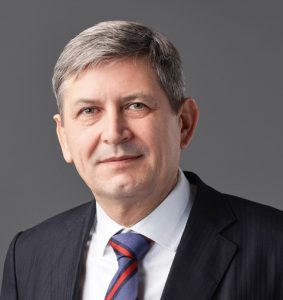 Alistair is a cardiothoracic surgeon at the University of Melbourne and the Royal Melbourne Hospital and has an interesting arterial coronary surgery, pacing and clinical ultrasound. He was the Australian principal investigator for the LAAOS-III trial which randomised patients to receive surgical occlusion of the left atrial appendage has a concomitant procedure during other cardiac surgical operations.

At the University of Melbourne he maintains an active research program, and has more than 230 peer-reviewed publications. He is also the director of e-learning technologies and ultrasound education groups for the Melbourne Medical School, and has created a large online education platform which has delivered 19,000 courses in 2020. 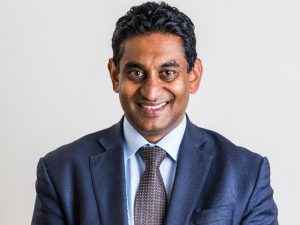 Join Us In Sydney