In Memoriam of the 4CC Co-Founder, Professor Henry Krum

Professor Henry Krum, the co-founder of the 4 Corners of Cardiology Meeting, passed away on Saturday 28th November 2015. Henry was an internationally renowned researcher, teacher and mentor who has helped shape our thinking, right through from basic cardiovascular physiology to large international clinical trials.

The members of the 6th International 4 Corners of Cardiology 2022 Organising Committee: 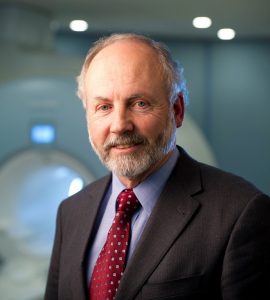 Professor David Hare studied at the University of Melbourne and Guy’s Hospital, London. He has been the Coordinator of Cardiovascular Research for the University of Melbourne; is Director of the Melbourne Lipid Centre; and is Director of Secondary Prevention, Heart Failure Service and Cardiology Research at Austin Health, Melbourne, where he is also Research Integrity Advisor. He has supervised over 80 research students and each year averages over 1000 citations to his personal research. His research ranges from the basic molecular laboratory to randomised clinical trials and psychosocial aspects of heart disease, being the only cardiologist in the world who is also fully trained in psychiatry. He was awarded the AMRF Distinguished Scientist Medal in 2011, nominated for Australian of the Year in 2020 and was awarded an Order of Australia Medal in 2021. 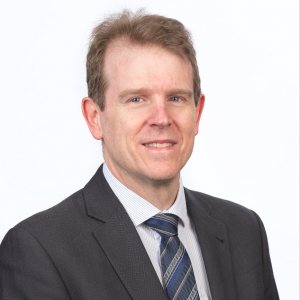 John French has been Director of Cardiac Research at Liverpool Hospital since January 2004, having previously worked for over a decade at Green Lane Hospital and University of Auckland, New Zealand.

For the last 30 years he has predominantly been a clinical trialist and outcomes researcher. A significant career highlight was the paper publication on emergency informed consent in ST-elevation myocardial infarction in the Lancet in 2003 showing that while consent processes may meet regulatory requirements, patient comprehension and competence to consent was not optimal. He presented at cardiovascular grand rounds at the Mayo Clinic, Rochester Minnesota. He also led work on 0.5mm of ST depression on ECGs and its prognostic impact, cited in the European guidelines.

Having been formerly a bench-based researcher, John French’s current research interests include cardiac biomarkers particularly troponins, treatments of ST-elevation myocardial infarction (he is National Leader of the STREAM-2 Trial, and coronary revascularisation in diabetic patients. He collaborates extensively with Professor Derek Chew of South Australia on high sensitivity troponin levels and their prognostic impacts.

An internationally respected Electrophysiologist, Professor Jonathan Kalman is one of the leading heart rhythm experts in Australia. Professor Kalman is head of the Royal Melbourne Heart Rhythm department which is internationally renowned for the high quality of clinical medicine and investigative research performed.

Professor Kalman is currently the Scientific Chair of the Cardiac Society of Australia and New Zealand and also the Scientific Chair of the Asia Pacific Heart Rhythm Society. He is a Fellow of the Australasian College of Physicians, a Fellow of the American College of Cardiologists, and a Fellow of the Heart Rhythm Society. He is Professor of Medicine at The Royal Melbourne Hospital in Melbourne where he has made his unit a center of clinical, teaching and research excellence in Cardiovascular Electrophysiology

Julie Redfern is a Professor of Public Health and a clinical physiotherapist. She has led clinical trials and epidemiology studies focussed on secondary prevention along with co-design, testing and implementation of digital health interventions. She is the current Academic Leader (Researcher Development) in the Faculty of Medicine and Health, University of Sydney, co-Chair of the Exercise, Prevention and Rehabilitation Council of the CSANZ and was previously the Allied Health Council Chair and Board Representative. She serves on national and international committees, and has been awarded over $100 million in peer reviewed grants and published over 160 peer reviewed manuscripts in high ranking journals. Julie’s research aims to improve access to and engagement with secondary prevention strategies with a focus on technology and patient centred care to facilitate behaviour change. 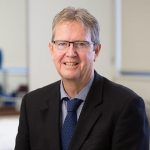 Christopher Reid is a cardiovascular epidemiologist with appointments as Research Professor in both the School of Public Health at Curtin University and the School of Public Health and Preventive Medicine, Monash University. He was appointed as a John Curtin Distinguished Professor in 2018 and is Director of the Monash and Curtin Centre’s of Cardiovascular Research and Education (CCRE) and the NHMRC Centre of Research Excellence in Cardiovascular Outcomes Improvement (2016-2020).  He holds a National Health and Medical Research Council Principal Research Fellowship (2018-2022) in addition to being the Chief Investigator on an NHMRC Program Grant (2016-2020) focusing on cardiovascular disease prevention.  He has been awarded over $113M as a Chief Investigator and has received continuous NHMRC funding since 2001.  His major research interests include clinical outcome registries, randomized controlled trials, and epidemiological cohort studies.  He has over 420 peer-reviewed publications, many of which are in leading journals including the New England Journal of Medicine, Lancet, JACC and the BMJ.  He has been Study Director for the 2nd Australian National Blood Pressure (ANBP2) Study and currently a Chief Investigator for the Aspirin in Reducing Events in the Elderly (ASPREE) Study, the Statins in Reducing Events in the elderly Trial and the Australian arms of the HOPE-3, REACH and CLARIFY Registries. He is a Principal Investigator for the Victorian Cardiac Procedures Registry Project, the Melbourne Interventional Group (MIG) registry, and the ANZSCTS National Cardiac Surgical Registry.  He participates as a WHO consultant for prevention of cardiovascular disease in Mongolia, Vietnam and the West Pacific region.